Following the first astrophotography ‘Zoom’ workshop of Monday, 25 January 2021. This page was added to the website as a central point of reference for the subject. It will be gradually expanded and enhanced as our group explores this specialised area of photography.

The website Night Sky Pix (which includes reviews of various software for stacking images). Gives an excellent overview of astrophotography in general and is well worth a read.

Using Smart Phones with telescopes for astrophotography
This type of astrophotography is referred to as Afocal photography (as opposed to Prime Focus photography). Afocal photography simply means holding a camera (in this case a phone) up against the eyepiece, focussing on the image in the eyepiece and taking a photo. To be able to achieve good results use a cradle attachment to hold the phone securely to the eyepiece. An example of this is the Bresser Universal Smartphone Adaptor. There are also some useful apps which can help with triggering the smartphone camera and controlling the shutter speed such as Slow Shutter Cam.

RAW versus JPG
All digital cameras produce RAW files (this includes smart phones). The RAW file equates to the negative in an analog film camera, whereas the JPG equates to a finished enprint. It’s very important in order to get the most out of our images to save the original RAW file format as this offers the capability of processing a final JPG image from it with the very maximum quality squeezed from it (normally the JPG is produced automatically in the camera and unless set-up in a particular way the RAW file is discarded). It is especially important to save the RAW file when shooting single (as opposed to stacked) astro photos. The following file extensions are all RAW camera files: .CR2 (Canon); .NEF (Nikon), .PEF (Pentax), .RAF (Fuji) and .DNG (Adobe).

For smart phones (iPhones prior to iOS 14.3, for example), it was necessary to use a third party camera app such as Adobe Lightroom Photo Editor and then to access the iPhone’s camera from within that app in order to save images as RAW files. More information about the latest RAW formats for the iPhone are on this PetaPixel website. Android phones such as the Samsung Galaxy have an option to save the photo as a RAW file but you will need to set this in the phone’s settings as it is not set up by default. The Google Pixel 4 and 4XL have a dedicated astrophotography mode.

Whether using a digital camera to take your RAW files or a smart phone you will need an image processing application to process your final TIF or JPG image for the best results.

Solarcan
A solar can is a fun way to reproduce and understand the path of the sun over the course of the seasons. For more information check out the Solarcan website.

Using a camera on a tripod
One of the simplest ways of taking an astro image is to simply use a camera mounted on a tripod. This works especially well when using wide angle lenses for shots of the Milky Way as the wide angle of view helps hide the effects of star trailing. To avoid stars trailing with normal and telephoto camera lenses follow the ‘500 rule’. For more on this please see this article on the AstroBackYard website.

Cameras should be set to manually focus as stars are too small and faint for the camera autofocus system to lock onto and the motor will ‘hunt about’ to try and find focus. Focussing an autofocus camera lens manually at infinity on stars with a modern digital camera can be quite challenging as most modern camera lenses don’t have a hard focus stop. This is compounded with LED ‘live view’ screens and the electronic (as opposed to optical) viewfinders found on mirrorless cameras. It may be helpful to purchase or make a Bahtinov mask to assist with manually focussing.

Using a camera with a dedicated tracker (or piggybacked onto a telescope with tracking mount).
Unlike using the camera on a static tripod, with this set-up you can use much longer exposures depending on how accurately the tracker (or mount) is at following the rotation of the earth. Some examples of suitable mounts are:
SkyWatcher EQ5
SkyWatcher Star Adventurer 2i Wi-Fi Pro Pack
Move-Shoot-Move rotator

Battery power
A highly recommended battery pack is the Deben Tracer 12v lithium polymer battery pack. Tring Astronomy Centre or Rother Valley Optics sell these. These are quite expensive but well worth it as they last longer on a full charge compared with lead acid battery packs. An adaptor can be used to convert to USB output if this is required. See Tracerpower.com

A useful accessory to own is this Celestron Power Tank. With a little DiY it is possible to adapt this to power not only the telescope mount but also a digital camera. For further information please contact the society and we’ll put you in touch with the society member who has adapted his own Power Tank for this purpose.

Prime focus photography
This is where a DSLR or mirrorless camera is attached directly to a telescope tube (which then effectively becomes the camera lens). You will need a suitable T-Ring Adaptor to attach the camera’s bayonet lens mount directly to your telescope. T-Ring Adaptors are made for most models of cameras – for example Canon and Nikon brands.

Some Canon digital cameras (such as the Canon EOS Ra) have been specially developed for astrophotography work. These cameras omit the usual IR cut filter. It is also possible to have normal DSLR cameras adapted for this purpose. A company in the UK providing a conversion service for existing Canon cameras is Cheap Astrophotography.

The advantage of this type of camera is that different wavelengths of light can be captured which are invisible to the human eye (thereby enhancing astronomical objects). Moreover, it is possible (using filters) to further modify and enhance the subject. These filters include variants to remove light pollution and to enhance the hydrogen-alpha wavelength for nebula photography. A recent development is the creation of ‘clip’ filters which (instead of screwing onto the front element of the lens) clip inside the camera – in front of the camera sensor behind the interchangeable lens or ’scope tube. The advantage being that you no longer need a separate filter for each lens or to fiddle about with step-up / step-down filter rings if using camera lenses. These filters can be purchased via companies such as Tring Astronomy Centre and Clifton Cameras.

Dedicated CMOS cameras for astrophotography
For the really keen astrophotographer, the ultimate set-up would employ a dedicated CMOS sensor camera with built-in cooling to reduce image noise. These can be quite expensive and can only be used for astronomy. There are a number of these on the market such as the ones made by Altair.

Video
About 10–15 years ago it was all the rage to use webcams to produce short videos of objects in the night sky. These videos would then be split into thousands of individual frames, processed to remove sensor noise, star trailing and blurry frames and finally re-combined or ‘stacked’ to make a single clear image. These webcams were (and still are) capable of excellent results. Nowadays, most DSLR’s and mirrorless cameras are capable of shooting video often in 1080p HD (or even 4K or 8K). These videos can be processed in the same manner using one of the software stacking applications mentioned below. 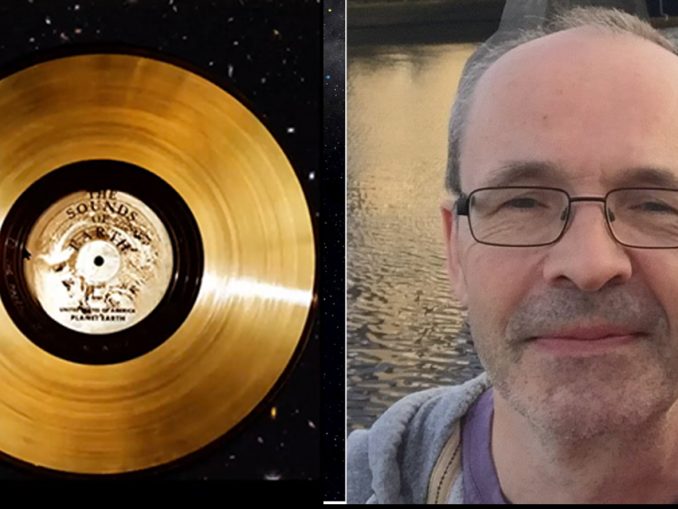 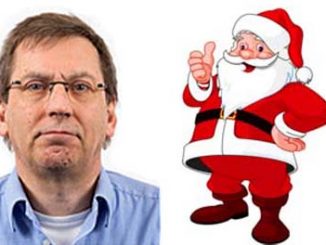 ‘The Science of Santa’ 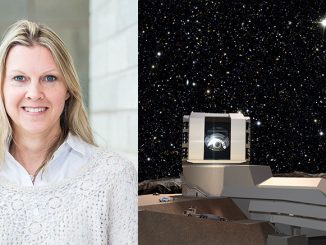 Supernovae and the search for Dark Energy 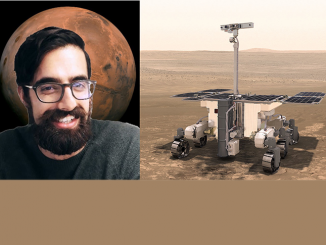